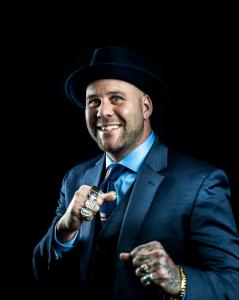 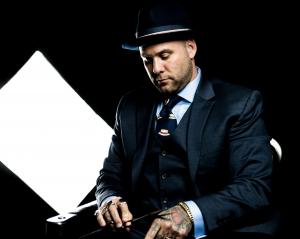 PHILADELPHIA, PA, UNITED STATES, June 12, 2019 /EINPresswire.com/ — Nick Prosseda, the visionary behind four Modern Male Barbershops throughout Montgomery County, is opening his first Modern Male Barber Academy — a barber training facility which will open this June at 209 W. Main Street in Lansdale. Prosseda is planning a free grand opening celebration on Sunday, June 23rd from 12 to 6 p.m., which will feature entertainment, snacks and local spirits provided by Free Will Brewing Company and Faber Vodka.

The Modern Male Barber Academy — Prosseda's fifth location after opening his original barbershop in Sellersville, PA in 2008 — will open as a school with the aspiration of training 20 students through a 10 ½ month barber program in the first year. The program requires 1,250 hours of instruction and training during weekday hours, and customers willing to get a $10 haircut from a student that is overseen by Prosseda, while the students gain invaluable hands-on experience. There will be 14 chairs inside with classes offered during standard business hours. The program will cost $7,500 per person, and in-house financing and payment plans are available. There will also be a crossover program with a cosmetology license, which can be acquired in 7 ½ months.

"My goal is to put 300 new barbers in the local workforce over the next couple of years," said Prosseda, 36, who grew up in Southwest Philadelphia. "I’m never afraid to pick up a broom or do anything necessary to help people in need. I know my why. I know why I exist. I’m certain that I'm here to give back through barbering. I learned that at a very young age. I’m fully committed to helping the communities we serve."

Following a rough childhood, which included the passing of his father when Prosseda was only 10, he began his career by happenstance, going to work at Citrus Salon and Day Spa in Blue Bell, where he was trained by the Troilo family. "Lawrence and Anthoni Troilo showed me what how to carry myself as a man," he said. "They mentored me on how to cut hair, but more importantly, how to behave as a gentleman. I have been infatuated with barbering since a very young age, and that family gave me the introduction I needed." Prosseda remained there for six years, where he matured and saved enough money to open his own shop.

Prosseda’s first Modern Male Barbershop was profitable since Year 1, which is still operational today in Sellersville, PA. He hired his first barber within the first year and opened a second location in Plymouth Meeting in 2013. After walking away from his second shop due to a variety of what he calls “location-related issues,” Prosseda opened locations in Perkasie, Souderton and Quakertown. His shops are targeted towards men, but his barbers will cut the hair of anyone who desires. "Each of our locations has a team leader who leads our people, systems and processes," said Prosseda. "Their job is to hold their fellow barbers to accountability. Our core values are focused on being genuine gentleman and treating everyone with respect while striving to become pillars of the community. This is a big component of our training and something that will be a major focus at our new academy."

Today, Modern Male employs 27 barbers, and offers haircuts for $14 and up. Straight razor shaves are $22, and the shops offer many other services, including deluxe haircuts with multiples towels and a mini facial, as well as coloring and upscale beard treatments.

Working in what Prosseda calls “a recession-proof business" allows him to give back to the community and prioritize charitable initiatives. Since launching, Modern Male has offered complimentary haircuts clients who is unemployed or is in need of a haircut but can’t afford it. The company focuses on charity every day, which has fostered an incredibly loyal customer base while providing much needed resources to the communities that the shops serve.

Several times per year, each location hosts a "Cut-a-Thon," offering discount haircuts while showcasing positive messages to the youth and donating all of the funds collected to local schools and their sports teams, clubs and organizations. The company also recently partnered with Abington-Jefferson Health for their "Grow a Pair" program. The events include haircuts, live music and donated food & drinks, while team members encourage men to make appointments for cancer screening. 100% of all funds raised are donated to Abington-Jefferson Health for cancer research and screening.

"My dad lost his battle with cancer when I was young, and the symptoms leading up to his death could've been managed if he got checked," said Prosseda, who has three kids and is newly married. "One of my favorite aspects of our brand is watching young men experience quality time with their dads in our shops, so I'm taking every step possible to ensure that our customers get checked out.." The event is hosted once per year during Men's Health Awareness Month in September, and Prosseda is hoping for 200 people to attend this year's event, which he’ll host at his new academy. The company raised more than $10,000 for charities last year, and nearly $30,000 over the past three years.

Modern Male Barbershop also hosts a number of bachelor parties, and is in the process of outfitting a roving haircut bus to take to sporting events, street festivals and special events. Learn more about Nick Prosseda and his brand by visiting http://modernmalebarbershop.com.