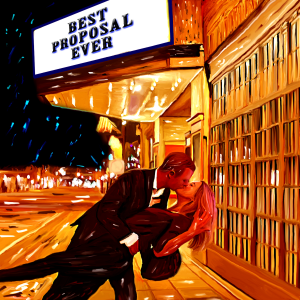 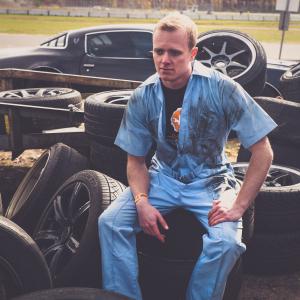 The video presents a romantic journey to its predestined culmination in a vast theater, where Wistrcill, aka Reverse Mechanic, proposes to the love of his life.

Reverse Mechanic, aka Joe Wistrcill, explains, “The Best Proposal Ever is not only the biggest project of my life, but the single biggest thing I have ever done in general. For several months leading up to the big day, every ounce of free time was thrown into this proposal. If I told my now fiancé I was meeting up with a friend, getting sleep, or taking care of myself, I was actually at the studio recording the songs, booking the venues, and meeting with the behind the scenes crew to plot out the day. I throw myself into everything I do, so I'm known to be a bit over the top and all in on things. But if there's one thing I want to be particularly all in for, one thing I want to get right, it's love.”

Best Proposal Ever has its genesis in love. Wistrcill found himself bewitched by a beautiful, young woman named Angela. And like the 1973 song by the James Gang – “Got this feeling / Must be love” – Wistrcill realized he was in love, the forever kind of love.

Inspired, he not only determined to propose marriage to his dream woman but wrote an entire album of songs about his befuddled, merry, tipsy, intoxicated condition. The music blends elements of pop, alt-rock, hip-hop, and funk into deliciously captivating concoctions rife with smooth melodicism and yummy rapping flows.

Having worked with artists such as Soul Khan and Michael Shynes, Wistrcill knows how to balance mood, rhythm, and sonic textures into attention-grabbing music.

What makes the video/mini-movie so remarkable is not only its scope, covering the span of the couple’s entire relationship, including first date, and first meeting with future in-laws, but Wistrcill’s genuine emotional state, including the electrifying sensation of adoration and devotion, but his discernible vulnerability and nervousness just prior to popping the big question.

Chock-full of galvanizing rap delivery combined with hefty beats, rousing flavors of alt-rock guitars juxtaposed with interludes of dulcet lyricism, the video presents a romantic journey to its predestined culmination in a vast theater, where Wistrcill, aka Reverse Mechanic, proposes to Angela.

Best Proposal Ever has it all: irresistible music, clever lyrics, quixotic images, nostalgia, and honest expression of the miracle of love.