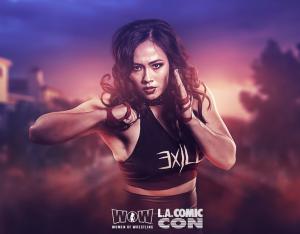 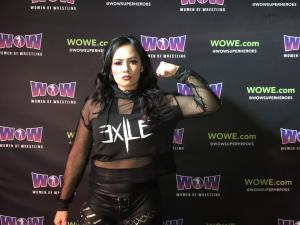 Selena O’Sullivan as Genesis on the red carpet 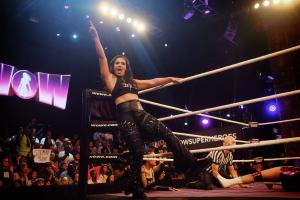 Selena O’Sullivan as Genesis in the ring

Stunt actress will continue her role as Genesis in the hit television show WOW – Women of Wrestling, the next season will continue filming in September 2020.

Genesis storyline was that she initially joined the wrestling company, but a few bad decisions had her exiled. Now she's back whether they like it or not.”
— Selena O'Sullivan

LOS ANGELES, CA, UNITED STATES, July 22, 2020 /EINPresswire.com/ — Stunt actress Selena O’Sullivan who landed the role of the wrestler Genesis in WOW – Women of Wrestling, which originally aired on AXS TV network will continue her starring role in the new season as the show will continue filming in September, after Covid-19 precautions are in place for cast, crew and fans.

The actress beat hundreds of women in a grueling audition where her unmatched martial arts skills and extraordinary acting skills won her the part as the heel, (villain) character on the show. The show is created and owned by David McLane, creator of the 1980’s GLOW – Gorgeous Ladies of Wrestling television series.

“Genesis storyline was that she initially joined the wrestling company, but a few bad decisions had her exiled. Now she's back whether they like it or not. She even joins a wrestling gang who also feel the same way about the company, called Exile. Genesis is bad because she wants to be bad!” Said O’Sullivan.

With Netflix reviving the television show GLOW, (Gorgeous Ladies of Wrestling) and female lead roles in film, television and athletics rising, women are being portrayed in strong powerful roles more frequently. Selena says, “GLOW is a fun show. I think the wrestling stunts could be better though, watch out Alison Brie.”

“As an actress, I am used to working on set with a crew and a director watching my performance. With this kind of show, not only do we have this, but a whole audience of wrestling fans watch the show live, cheering and in my case booing, all while performing. The directors expect us to get it in one take!”

All images Copyright of "WOW – Women of Wrestling.