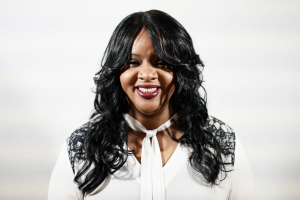 We provide products and a community you'll feel. ”
— Jack Fallon

“When you think you have life all planned out, God opens a new door,” Soto said as she explained her surprise move from Florida to TLC’s home state of Michigan.

Soto brings a wealth of experience to her new role with TLC. She’s had decades of experience successfully working in the recruiting, staffing, and human resources fields. Soto’s professional life started shortly after high school, working to staff vacancies at Sprint and Lockheed Martin and receiving promotions to the Branch Manager position of a major staffing firm.

Later, Soto founded her own company and began recruiting caregivers for people with disabilities. Her company maintained a spotless record of serving one of our country's most vulnerable populations, and she never lost an employee despite the field’s high-pressure nature.

At Jeunesse, Soto spearheaded important initiatives to globalize processes that ensure consistent company culture. She believes clearly defining a company’s culture and following through on those beliefs is an important element to a business’ success.

Soto’s global vision is what attracted her to Total Life Changes, and vice versa. Soto says that she’s excited by the opportunity to develop structures and programs that take advantage of the talent TLC has already attracted. She explains that she wants to break the stigma that the HR department is a company’s “Principal’s Office,” where people only go when there’s a problem. She sees her role as one that includes mentoring employees so they can learn how to be leaders themselves.

Soto explains that one of her main tasks at Total Life Changes will be to streamline some of the company’s processes so they translate across TLC’s global footprint. It’s similar to the type of work she successfully completed with Jeunesse.

“I have a lot of work to do,” she says, “but that’s why I’m here. I want to work hard. Whatever they want me to do, I’m here as a servant. There’s great reward in helping someone.”

Additionally, Soto believes her role at TLC is to support department heads and other employees as an advocate. Soto is also excited to take a role in an energetic network marketing company. She explains that network marketing makes room for someone to earn unlimited income if they can forge a successful path.

“We think differently,” she says of network marketing companies. “It’s inspiring. Everything is different from other corporations.”

She’s even excited about the big move from Florida to Michigan’s much different climate. Soto says she looks forward to learning about the state’s history and discovering everything there is to know about her new home. She’s not even worried about the prospect of snow.

Total Life Changes is a network marketing company that distributes health and wellness products, including dietary supplements, weight management support, essential oils, and skincare creams.
More information about the company’s products and business opportunities is available at www.totallifechanges.com, or at its Facebook pages, TLCHQ or TLCHQcommunity.