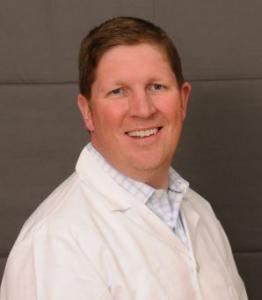 Sexually transmitted diseases are treatable. Take every precaution you can against acquiring one but don't hesitate to seek prompt diagnosis and treatment.”
— Chris Byrne

FRANKLIN SQUARE, NY, UNITED STATES, May 20, 2021 /EINPresswire.com/ — The incidence of sexually transmitted diseases is at an all-time high. According to the Centers for Disease Control, on any given day in 2018, one in five Americans – 20 percent – had a sexually transmitted infection, totaling nearly 68 million cases. “Most common STDs exhibit symptoms on the skin,” says Chris Byrne of Advanced Dermatology, P.C., “making dermatologists critical in diagnosing and treating these conditions and putting these medical professionals on the front lines in the effort to stem the spread of STDs.”

Byrne identifies these as the STDs diagnosed and treated most often by dermatologists:
Herpes simplex virus (HSV) causes sores on the genitals and/or the mouth. HSV-1 may cause genital sores but more often causes sores on the mouth, generally known as cold sores. HSV-2 is generally responsible for genital herpes. Herpes spreads through close physical contact and can be transmitted even when there are no visible sores or symptoms. Sores can disappear and not recur for years; treatment can reduce the severity of outbreaks.

Genital warts are caused by the human papillomavirus (HPV) which is the most commonly sexually transmitted infection in the United States and is particularly prevalent among teens and young adults. Genital warts can appear weeks or months after transmission. They appear as a bump or group of bumps in the genital area, either small or large, raised or flat. Some varieties of HPV – not the same ones that cause genital warts — can cause cervical cancer in women. A vaccine that prevents HPV infection that causes cancer is available and is most protective when given to adolescent girls before they become sexually active.

Chlamydia infects both men and women and can be easily cured with antibiotics but if untreated can do serious, permanent damage to a woman's reproductive system. Chlamydia symptoms – discharge and burning urination – appear several weeks after having sex with an infected partner but many people have no symptoms making chlamydia hard to detect. Lab tests can detect the presence of the infection if exposure is suspected.

Syphilis is easy to cure with antibiotics in its early stages but can cause serious complications if untreated. It appears as sores at the point of contact – genitals, rectum, or mouth – and may cause fever and a rash all over the body in its secondary stage. Sexually active people with multiple partners should be tested regularly for syphilis, even in the absence of symptoms.

“Many sexually transmitted diseases affect the skin beyond the areas of sexual contact,” says Byrne. “For example, some cause pink eye or rashes on many parts of the body, including the hands and feet. Being alert to unusual skin symptoms can reduce the risk of serious complications caused in later stages of the disease.” He offers these tips on preventing serious consequences of STDs:

Don't wait for symptoms to go away. Even if the initial sore or bump disappears, the disease may still be present and can do more damage because it has been untreated. Prompt testing and treatment are key to preventing serious health consequences.

Be “STD-vigilant.” Know how to protect yourself. The best way to prevent an STD is to maintain a mutually monogamous relationship. Be aware that condoms can prevent fluid-borne infections such as chlamydia, gonorrhea, and HIV but those caused by skin-to-skin contact, like herpes, can be transmitted without sexual intercourse. Birth control pills do not protect against STDs.

Pay attention to your skin. A dermatologist can identify a sexually transmitted disease in places that you might not be looking for it. Don't hesitate to consult one.
“Sexually transmitted diseases are treatable,” says Byrne. “Take every precaution you can against acquiring one but don't hesitate to seek prompt diagnosis and treatment. Dermatologists are experts in the many ways STDs can affect your skin and can help you avoid long-term effects.”

Advanced Dermatology P.C. and the Center for Laser and Cosmetic Surgery (New York & New Jersey) is one of the leading dermatology centers in the nation, offering highly experienced physicians in the fields of cosmetic and laser dermatology as well as plastic surgery and state-of-the-art medical technologies. www.advanceddermatologypc.com.