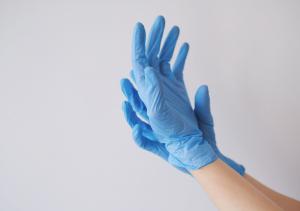 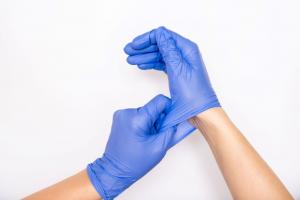 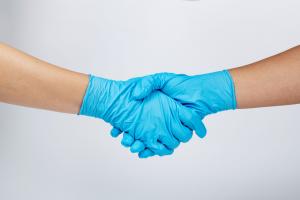 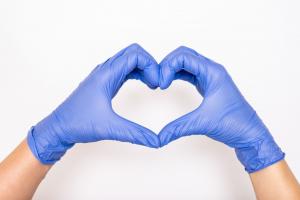 Production will begin in September in an all-out effort to relieve the chronic shortage of much-needed nitrile gloves.

LACKAWANNA, NEW YORK, UNITED STATES, July 20, 2021 /EINPresswire.com/ — US Glove Supply is pleased to announce the long-awaited start to manufacturing nitrile examination gloves in September 2021, thus becoming the first glove factory to be up-and-running in the U.S. after the pandemic. This comes as welcomed news to the medical community as there has been a huge backlog in demand for gloves. As the product has been in short supply due to COVID-19, prices have tripled over the last couple of years.

Nitrile, the number one choice for gloves, is a material far more puncture resistant than any other type with superior chemical resistance to latex or vinyl.

Since 65% of the country’s nitrile glove supply has previously been provided by factories located in Malaysia, there has been a big push on behalf of the U.S. government to start production domestically. Some US Glove Supply competitors have even received major funding to build new factories. However, US Glove Supply is completely self-funded.

“Some companies have been given millions of dollars to start production,” says company founder, Leon Freddy. “I am proud to say that not only are we self-funded, we will also be the first factory in the country to open.”

Freddy adds that the new facility will host twelve state-of-the-art high-speed dipping lines with the most advanced Malaysian technology and automation. The company estimates it will attain the production of 2 billion gloves per year by the end of 2022, as well as creating upwards of 300 new jobs.

For more information, and to find out how to reserve production, visit the website at https://glovesupply.us/.

US Glove Supply, a part of Leon Industries LLC, is responding to the U.S. government’s call for domestic manufacturing of essential PPE products by setting up a new factory in Buffalo, New York. The company plans to have the ability to manufacture almost one billion three hundred million disposable nitrile gloves monthly within the next four years.