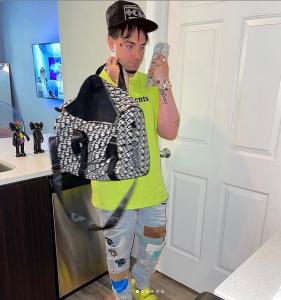 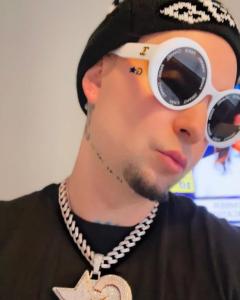 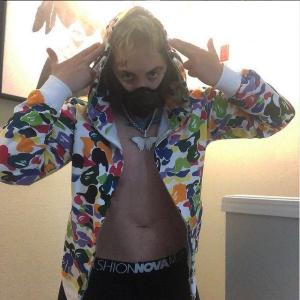 Entrepreneur and rapper George Gstar AKA GSTAR4x has announced the upcoming release of Dark World, a fierce, haunting hip-hop EP.

This EP isn’t just a side project for me. I’m as passionate about music as I am about business. I’ve fought for everything I’ve accomplished in the and I’m willing to do the same to succeed in music!”
— George Gstar

NEW YORK, NY, USA, October 8, 2021 /EINPresswire.com/ — Businessman, investor, and rapper George Gstar aka GSTAR4x is preparing to release his new EP called Dark World. The EP is a mesmerizing mix of hypnotic beats, intense rhymes, and haunting melodies. Though GStar has been involved in other investments for years, he has now set his sights on the music industry. He has been writing, recording, and mixing tracks for the EP for a year.

GSTAR4x has built a number of wildly successful businesses over the years and a real estate portfolio that is now worth millions of dollars. He has also been involved in songwriting and fashion designing. His passion for music is what motivated him to become a rap artist.

“My music has been shaped by all of the artists I’ve listened to over the years. From rappers like XXXTentacion to rock legends like Kurt Cobain and Smashing Pumpkins, all of them inspired me to create my own sound and make my own mark on the music industry.”

Though this entrepreneur has accumulated a wealth portfolio worth millions of dollars, he is ready to take the music world by storm. After becoming a self-made multi-millionaire in his 20s, George Gstar knows his way around the business world. But music is a whole new world. In addition to the release of the EP, there will also be a music video to go along with Dark World. This project has taken first place in his life now.

After a rough childhood full of violence and hardships, Gstar earned his success in business through strategic, calculated investments into industries such as real estate. He carries this same vision and tenacity into the music industry. He remarked:

“This EP isn’t just a side project for me. I’m as passionate about music as I am about entrepreneurship. I’ve fought for everything I’ve accomplished in the business world, and I’m willing to do the same to succeed in the music industry.”

His love for entrepreneurship led him to discover other business ideas such as logistics, but he says that music has always been at the top of his list. He has a great many favorites who have influenced his music such as Smashing Pumpkins, Nirvana and Jimi Hendrix.

Though Gstar has unlocked the secret of effective negotiations, which has enabled him to pocket millions of dollars in profit in the world of real estate, he continues to plan a future where music is more a part of his career and his life.

About George Gstar:
George Gstar is a successful internet celebrity and entrepreneur turned rapper, who has reportedly reached a net worth of over $180 million before the age of 25. He was approached by record labels for an album deal before he had any music released.

Gstar owns and manages multiple businesses across the globe including motor recycling firms whose operations are cut across Russia and the USA. He owns websites that generate more than $45 million in profits yearly, a freight and logistics firm, and treatment for anxiety patients that uses blends of hemp oil. Recently, he announced his entrance into the music industry with a new EP titled Dark World.