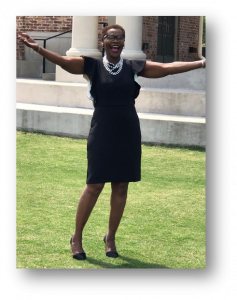 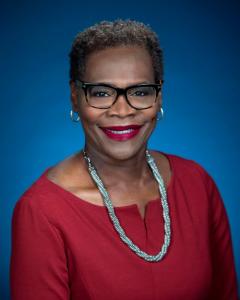 FAIRBURN, GA, UNITED STATES, November 12, 2021 /EINPresswire.com/ — As a community organizer and business developer, Carr-Hurst is poised to change Fairburn for the better. The 2018 Women in Municipal Government Leadership Award winner has her finger on the pulse of the city. Mayor Carr-Hurst has a 3-pronged approach to encourage innovation, and business growth in Fairburn through a robust STEM program, higher property values, and safe city streets. Through her initiatives Fairburn will soar into the future.

As the city’s first Black female mayor, Carr-Hurst is upending the political system. Under her administration, the old boys club is replaced with equity and fair treatment for all Fairburn residents. A thought leader in the political realm, Carr-Hurst has a proven plan for redevelopment in Black and brown communities. Her innovative plan to develop Main Street and lift property values in underserved communities by more than $100.000 is the cornerstone of her platform.

With more than three decades in civil service, Mayor Elizabeth Carr-Hurst knows how to cut through the red tape of bureaucracy to break the preschool to prison pipeline. Through her dogged concerns for the next generation, Carr built a 54-million-dollar STEM magnet school. This state-of-the-art facility is the first of its kind in the Peach State. As a result, the progressive Democrat is reaching Georgia’s children with opportunities to thrive in the coming economy.

As Mayor of Fairburn, Carr-Hurst tripled the City General Funds from $5 million to $18 million in just four short years. Integrity is a fundamental principle in the Carr-Hurst camp, where her administration is run with transparency and a tight system of checks and balances. Under a Carr-Hurst administration, it is clear whose hand is in the till.

In this time of economic unrest where the pandemic has wreaked havoc all over the country, causing an increase in everything from food to gas, Mayor Carr-Hurst has a plan in place to help her residents. According to USA Today, heating bills are expected to spike this winter, but Carr-Hurst has Fairburn residents covered with careful planning. Through the federally funded heating assistance program, more than 2,000 residents have already made it through harsh winter months, and it also brought $800,000 in revenue to the city.

With a crime occurring every 10 hours in Fairburn, Mayor Carr-Hurst takes a tough stance on criminal activity by supporting police in their efforts to keep citizens safe. A safe community means higher property values for homeowners. In 2014 Carr-Hurst advocated for body-worn cameras for the Fairburn police force. In this climate rife with racial tensions and pandemic stresses, this video coverage is a protection for the officers and everyday citizens.

A mother of two who knows the sting of grief is pushing past the pain of the recent loss of her child to focus on the needs of the Fairburn community. As a dedicated civil servant, community organizer, and devoted grandmother of 4 beautiful grandkids, Mayor Carr-Hurst is building a better Fairburn for her family and yours.